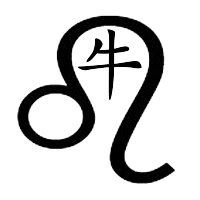 As a backer for the Chop Socky Boom (ep. V-VIII) Kickstarter, one of my rewards included a customized fortune through the internets.
A few weeks ago I received mine:


Ox are known for working harder than any other sign, and that's not stopping in the year of the Snake. Competition, accomplishments, and newfound rewards are in your future. 2013 is an exciting year for you. Times have been hard. Trust in your spirituality and intuition. You have it.